Examining the Spectrum of Memory Disorders

Few things in life are as valuable as our memories. They guide us, teach us and allow us to stay connected to our most cherished moments. The notion of losing them is an alarming one, but it is the unfortunate reality for many aging adults. It was once thought that fading memory was simply a part of the aging process, often referred to as “senility.” However, medical progress and research have revealed that it is not an inevitable part of life, but rather a symptom of dementia – a classification of disorders affecting the brain. While memory-related challenges are most commonly associated with dementia, those affected may also experience difficulty with language, communication, planning and judgement – or even changes to their personality and behavior. Learning more about dementia can help you identify its presence and progression in your aging loved ones so that, together, you can decide on an option that will allow them to continue getting the most out of life. 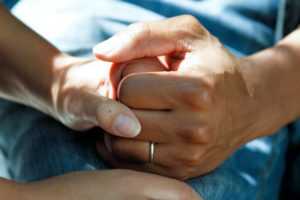 Alzheimer’s disease is the most common form of dementia, affecting an estimated 6.2 million Americans, and experts expect this number to double by 2050. Surprisingly, it was a fairly recent discovery, named after the first doctor to describe it in 1906. Alzheimer’s is a progressive disease that causes the neurons in the brain to lose function and connection. As more neurons die and the brain is more widely affected, the symptoms worsen. There are three stages of the disease:

While this form is less frequently discussed than Alzheimer’s, it is still prevalent. It is thought to account for 15% of dementia. Vascular dementia is frequently brought on by a stroke. Strokes are only thought to cause this disorder if they affect a certain part of the brain. It is most commonly identified by poor judgment and challenges related to planning and organization. There is far less known about the specifics of this disease than Alzheimer’s which can make it more difficult to diagnose.

Named after the scientist that discovered them, Lewy bodies are protein deposits that form in the brain and negatively affect how it functions. Similar to other forms of dementia, symptoms include challenges with cognitive function, memory and decision-making. However, unique symptoms include visual hallucinations, severe fatigue or sleepiness during the day. There can also be physical symptoms such as slowed movement and trembling.

These are but a few of dementia’s many forms, but there are many similar symptoms among them, such as memory issues, behavioral changes, difficulty communicating, thinking or planning. If you begin to notice a spouse or loved one exhibiting these behaviors, it may be a sign that they are among the many Americans affected by dementia. Fortunately, there are options, such as memory care communities, that can help maximize their quality of life and manage their symptoms. The right memory care option can help them experience the joy and beauty of life despite dementia’s challenges.

If you have more questions about how memory care can benefit someone with dementia, call us today at (909) 983-0084 or contact us online.

This website uses cookies to improve your experience while you navigate through the website. Out of these, the cookies that are categorized as necessary are stored on your browser as they are essential for the working of basic functionalities of the website. We also use third-party cookies that help us analyze and understand how you use this website. These cookies will be stored in your browser only with your consent. You also have the option to opt-out of these cookies. But opting out of some of these cookies may affect your browsing experience.
Necessary Always Enabled
Necessary cookies are absolutely essential for the website to function properly. These cookies ensure basic functionalities and security features of the website, anonymously.
Functional
Functional cookies help to perform certain functionalities like sharing the content of the website on social media platforms, collect feedbacks, and other third-party features.
Performance
Performance cookies are used to understand and analyze the key performance indexes of the website which helps in delivering a better user experience for the visitors.
Analytics
Analytical cookies are used to understand how visitors interact with the website. These cookies help provide information on metrics the number of visitors, bounce rate, traffic source, etc.
Advertisement
Advertisement cookies are used to provide visitors with relevant ads and marketing campaigns. These cookies track visitors across websites and collect information to provide customized ads.
Others
Other uncategorized cookies are those that are being analyzed and have not been classified into a category as yet.
SAVE & ACCEPT
Accessibility by WAH
Go to Top